Castoldi pioneered the development of its revolutionary system in the early 1960s using facilities which were sophisticated and extraordinary for those times and which are still rare today. Among these are the laboratory boat, equipped with special instruments for checking the net dynamic thrusts of the waterjet drive and the water impeller tunnel to test and determine the best impeller geometry in terms of efficiency and cavitation margin. 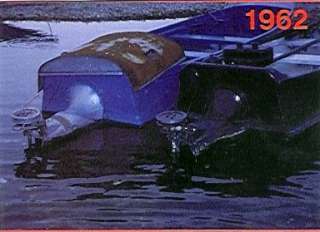 In 1962 a small series of hundreds of scaled water jet units were produced and distributed along the Ticino river, close to the Company Facility in order to allow continuous monitoring by Castoldi technicians.

In February 1969 the first mass produced Castoldi water jet unit, model Jet 05, was exhibited for the first time at the Genova Boat Show and released on the market.

Many water jet drives were being sold at that time in Europe and this new unit was viewed with great interest.

In 1970 a limited production model of the Jet 05 appeared for the first time in the Pavia-Venezia motor boat race, which was 400 Km long. The 270 HP powered Castoldi jet runabout arrived first in Venice having maintained an average speed of 58,5 knots thus winning the first prize in its category and beating all the traditional hulls. 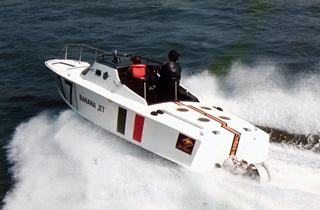 From 1971 to 1972 this aluminum 7.5 m boat, equipped with a standard production waterjet unit, won all the Italian off-shore races in the C2 class. 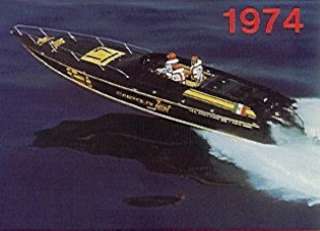 In 1974 the offshore race Santa Margherita-Montecarlo-Santa Margherita, 200 nautical miles, was won by an ENFIELD 37 boat travelling at an average speed of 57,2 knots.

This is, to-date, the first long-distance offshore race in the history of motor boating to be won by a boat having something other than a propeller as its propulsion system. 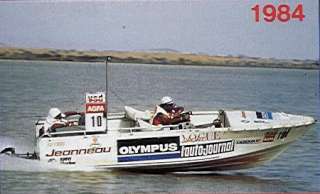 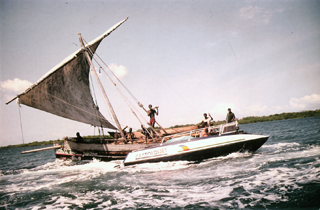 One of the two Jet Explorer boats used for an expediation in central Africa, 1989. 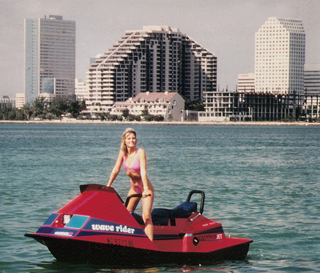 In the early 90s Castoldi produced the first twin seats jet ski ever made and started exporting it worldwide.

To-date, more than 40.000 Castoldi water jet units are operating all over the world; among their operators there is the Italian Customs with their patrol boats. 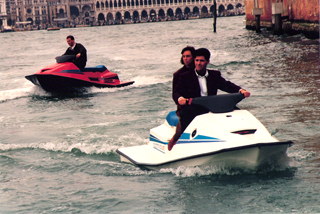 The second Waverider generation was used in a water chase in Venice during the shooting of a Wim Wenders movie. 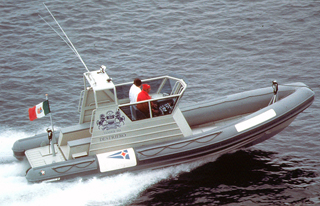 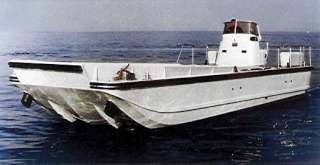 The Italian Navy with their fast landing craft.

The Carabinieri with their Castoldi custom-built fast patrol boats. 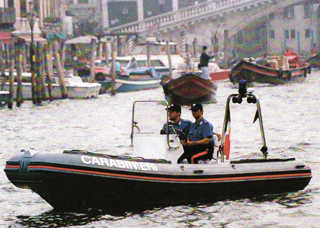 The first Jet Tender unit (called JT 18 PRO) was launched in 1998. This unit was the precursor of the entire present range (in the picture the unit manufactured was for the Carabinieri). 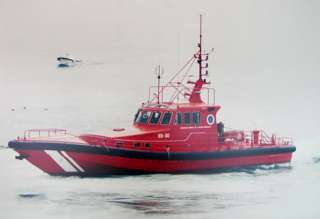 The Spanish Coast Guard with its fleet of 40 knot, 22 m patrol rescue vessels.

Check out the test of the new #JT34 made by #mauri

Comfortable and with ground-breaking performance t

Shooting the new #JT34 with #mauriziobulleri and #

The new #JT34 is ready to hit the water ! Stay tun

Making a dramatic difference to the Maldives infra

Proudly introducing the new #JT28 that will join t