Whatever your budget allows, whatever your situation calls for, each and every Castoldi waterjet model has options to suit your requirements. We provide a complete range of fully integrated control systems, from simple mechanical to sophisticated electronic equipped with a joystick docking feature. 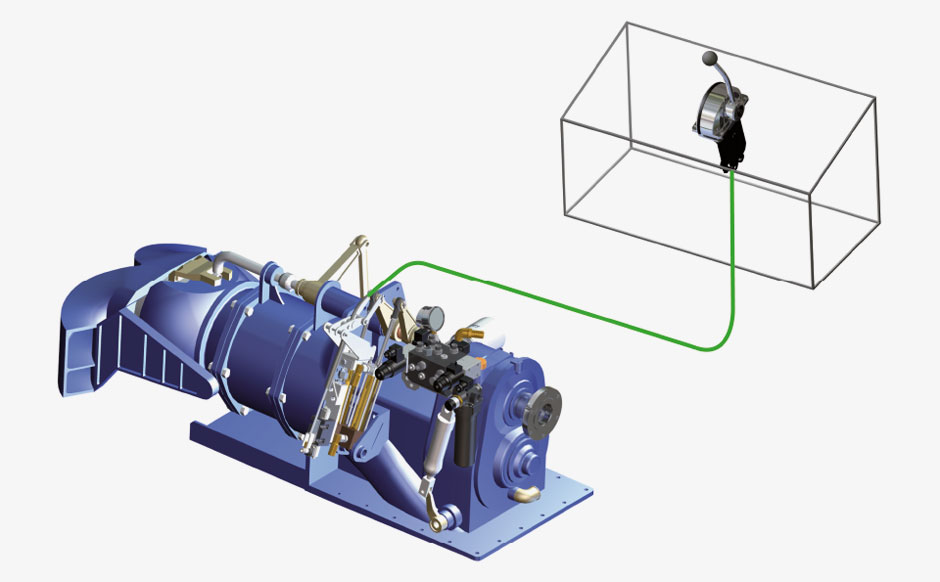 Provides the proportional control (follow-up) of the reversing bucket actuated by means of a push/pull cable operated by the helm lever.
The helm lever is directly connected to the spool of the hydraulic control valve on the waterjet hydraulic reversing actuator.

The helm lever can be set to any position whether or not the hydraulic system is operating; hence the position of the reversing bucket can be selected prior to the engine start-up. 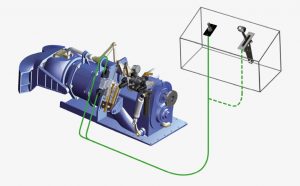 Provides the on/off control (non-follow up) of the reversing bucket.
Electric cables connect a single axis joystick to a standard hydraulic solenoid valve (CETOP 3), that can be configured to either 12 or 24 volt systems, which in turn is connected to the waterjet hydraulic reversing actuator. An indicator is provided to show the reversing bucket position, through its full range of travel.

With this system, rather than having a joystick, it is possible to use the Castoldi
“Elli” single lever control box, which manages the reversing bucket though
an integrated switch and the engine rpm mechanically. 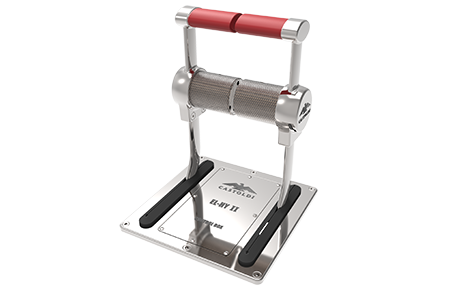 Allows both simultaneous and independent proportional control of twin waterjet buckets and engine throttles with just one hand.
Each rotating arm finely controls the bucket by a follow-up system through the electronic board built inside the control box, regardless of the engine rpm. Both levers provide independent control of the engine throttle, whether mechanical or electronic

Described in the ACES section.

The helm wheel is directly connected to the waterjet steering nozzle,
through a push/pull cable. 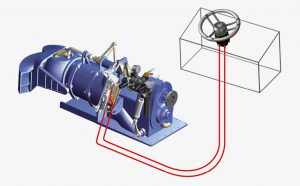 In multiple installations a tie rod is required to mechanically synchronize the waterjet steering nozzles. 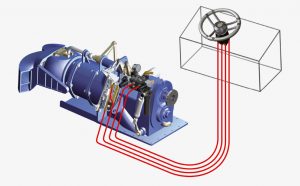 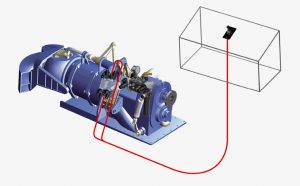 Provides the on/off control (non-follow up) of the steering nozzle.
Electric cables connect a single axis joystick to a standard hydraulic solenoid valve (CETOP 3), that can be configured to either 12 or 24 volt systems, which in turn is connected to the waterjet hydraulic steering actuator. An indicator is provided to show the steering nozzle position, through its full range of travel. In multiple installations a tie rod is required to mechanically synchronize the waterjet steering nozzles.

Described in the ACES section.
In multiple installations, the steering nozzles are electronically synchronized (no tie rod required).

A modular, software-configurable electronic control system based on modern CAN bus technology. 
It uses separate microprocessor control units (IP 67) that can be connected in various combinations to build a vessel control system.

The ACES electronic control system can be interfaced with:

The system consists of 4 components (IP 67), one available as stand-alone option: 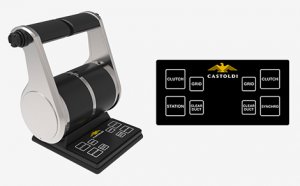 Available with a single or twin lever, it manages the engine rpm and the waterjet bucket proportional control. Other functions are available through the switch panel to manage the waterjet built-in hydraulic clutch engagement/disengagement, the Clear-Duct unclogging system/grid opening, driving station recall and the engine rpm/reversing bucket synchro.

Each lever is equipped with a booster switch on the upper side, which can be used to accelerate the engine when the bucket is in intermediate positions, to get high thrust at low speed
for a fine direction control. 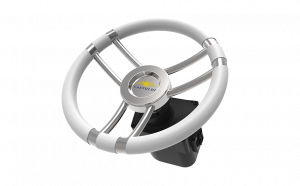 Simplifies the traditional steering hydraulic apparatus by eliminating all hoses running from the helm to the waterjet.

In multiple installations, the steering nozzles are electronically synchronized (no tie rod required). 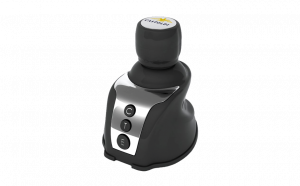 Designed to assist the operator by simplifying all maneuvers. Inexperienced boaters will appreciate the simplicity of the “push to go” system, which is more intuitive than conventional controls, while master skippers will appreciate its ease of use for reducing time in docking operations.

The joystick can be moved freely along all its axes and rotated by turning the head.
It also incorporates a backlit switch panel for managing its activation, built-in hydraulic clutch engagement/disengagement,
bow thruster activation (if present) and joystick emergency deactivation.
A wireless version is also available, allowing full control from any position in the boat. 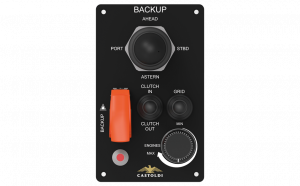 When activated, bypasses the ACES system and provides the combined direct control of the reversing, steering, clutch, movable grid and engine rpm for all the waterjets. 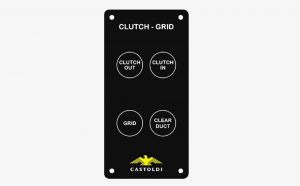 Manages the engagement/disengagement of the waterjet built-in hydraulic clutch on all the H.C. models except for the TD 240 H.C., which is equipped with a simple activation switch.

Controls the actuation of the movable grid and the Clear-Duct unclogging system (if installed). 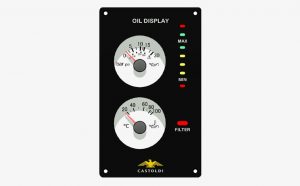 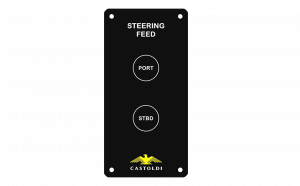 Switches the oil feed from one waterjet to another, in multiple installations, when the hydraulic power assisted steering system is installed. 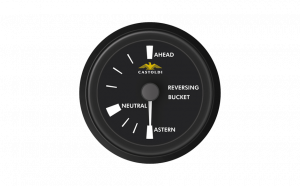 Shows the reversing bucket position, through its full range of travel. 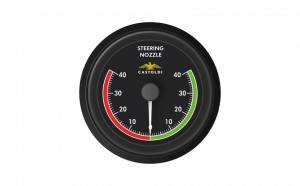 Shows the steering nozzle position, through its full range of travel. 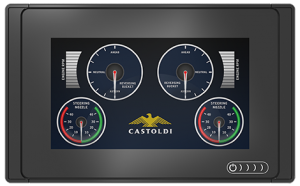 Shows in real time, by means of a simple and intuitive graphic, the position of the steering nozzle and reversing bucket.